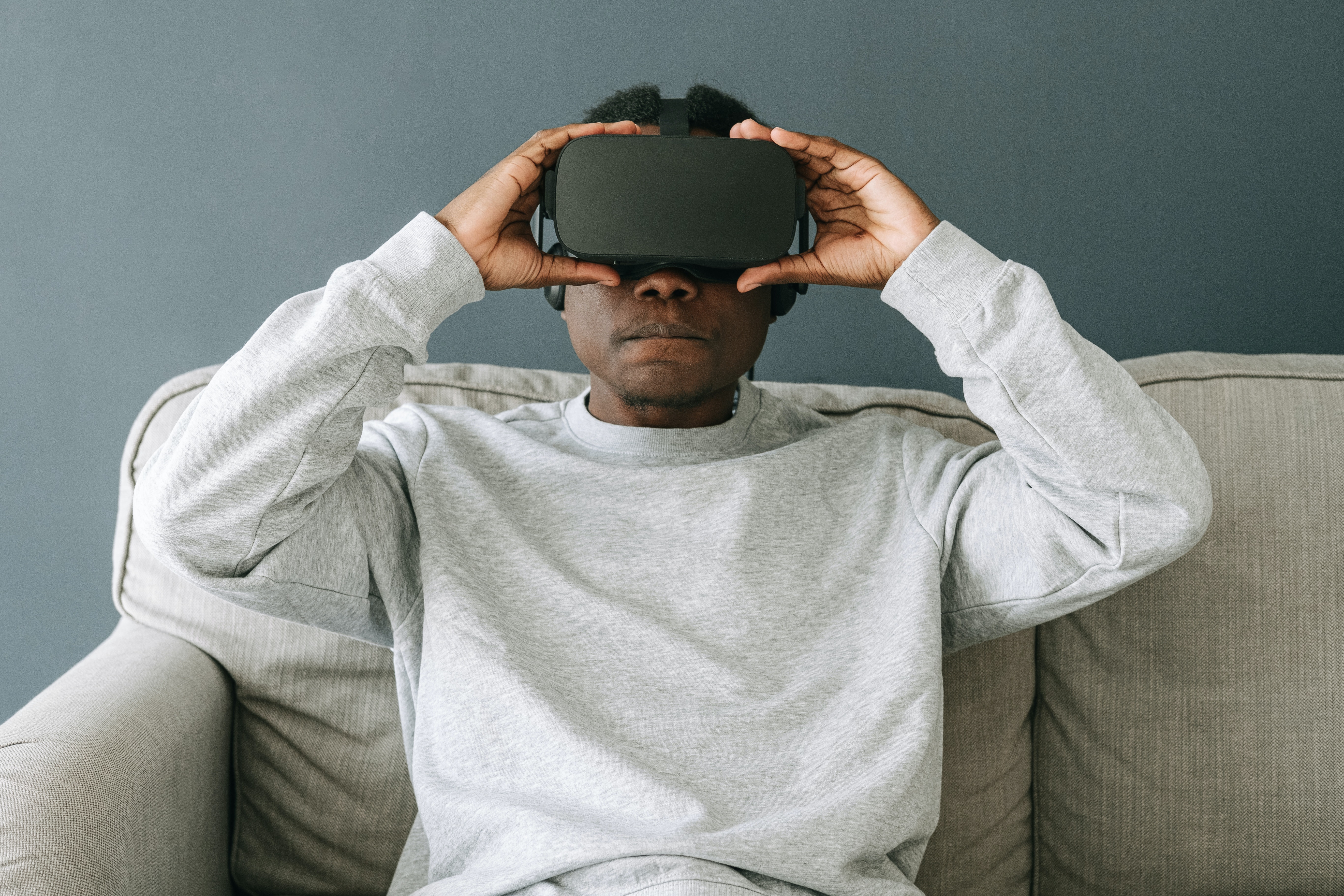 Virtual reality (VR) is becoming mainstream and, with its rising popularity, one in three users have experienced motion sickness or cybersickness. Although this represents an obstacle to its wider use, such sickness is easily avoided by adopting a few handy practices, and perhaps using better quality equipment. In this blog, we talk about what motion sickness is and what causes it, as well as sharing a few ways to prevent it. Keep reading to find out more.

What is VR motion sickness?

“VR motion sickness happens when your brain receives conflicting signals about movement in the environment around you and your body’s relation to it. In VR, this essentially means that if you are standing still and the virtual environment around you is moving, you disturb the brain’s equilibrium and you start to feel nauseous.’ –  Virtual Speech

In most cases, the symptoms are feelings of nausea and dizziness, but headaches and, in extreme cases, cold sweats, fatigue, mood changes and even vomiting can occur.  VR Heaven put together a survey of 300 respondents’ reactions to VR and the results were too interesting for us not to share them. 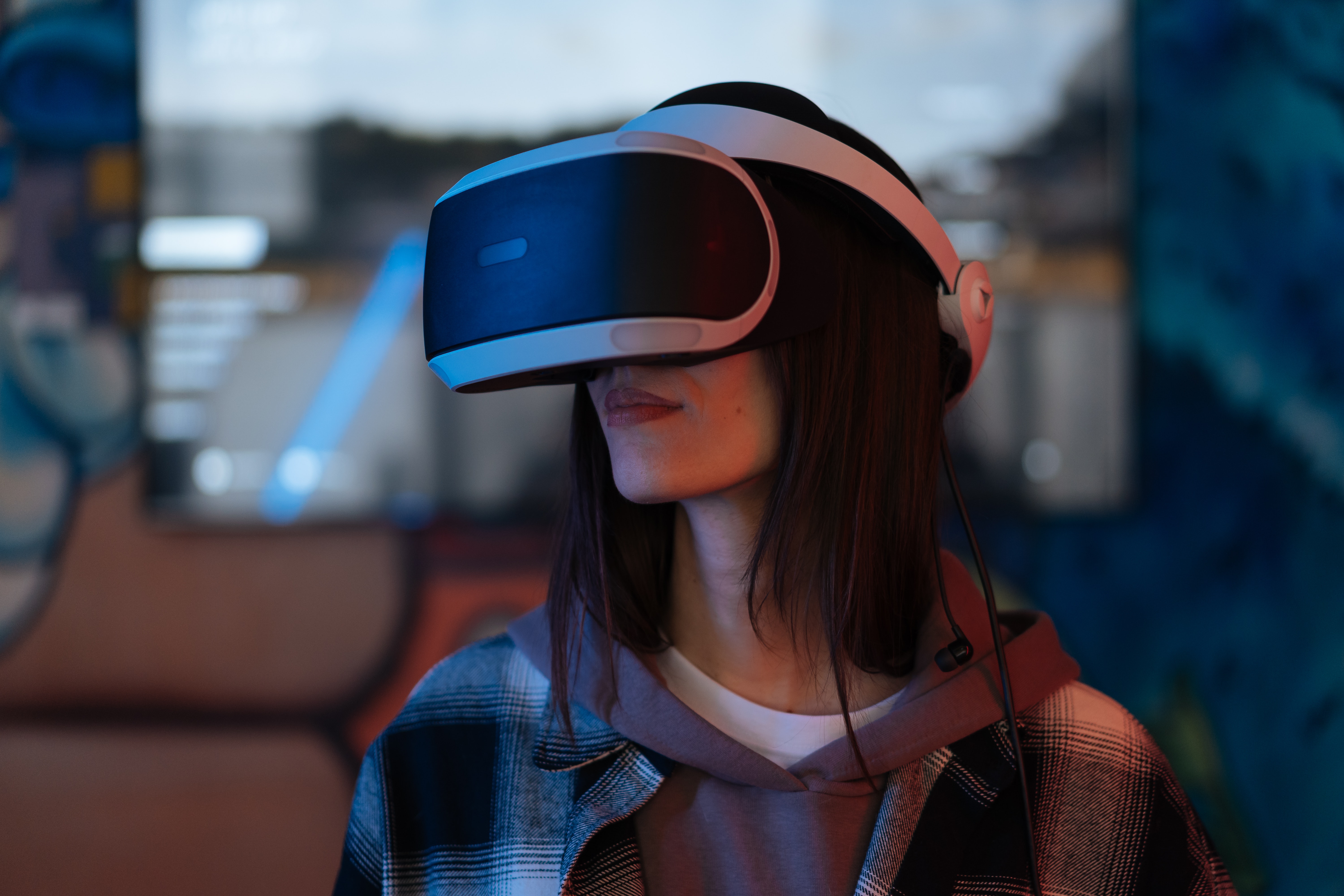 The prevalence of motion sickness among VR users caught the eye of experts, who have pinned down four possible causes:

Quality of the hardware

The headset itself and motion tracking both play an important role. The first VR headsets were based on 3-degrees of freedom tracking or 3DoF, meaning the user could only look up, down, left or right in 360 degrees. While these headsets are great for viewing static videos or images covering 360 degrees, moving around in reality does not move the VR image, resulting in discomfort and imbalance for the user. Such headsets were just not built for movement in a three-dimensional environment. Newer headsets and the introduction of six degrees of freedom (6DoF) have solved this problem. Users can now experience greater freedom. This provides a much better sense of presence and it reduces the conflicting signals flowing to the brain to the bare minimum. In conclusion, the better the field of view in a headset, the lower the chance of experiencing motion sickness during the VR experience. This might be something to bear in mind the next time you are choosing a VR headset.

A few years ago, headsets were the only part of high-end VR equipment. Today this has changed dramatically and most VR headsets come with controllers too. This enables the user to have virtual hands, as one would expect, and greatly reduces the appearance of motion sickness.

Headsets based on 6DoF tracking tend to perform much better in terms of preventing motion sickness. Photo: Unsplash

Latency is the time delay that occurs between the input and the response. It is a measure of the time data takes to pass from one point in the network to another.  Latency also has a massive role in telling your brain when something isn’t quite right. The lower the latency score, the better the responsivity of the VR. With 5G, where reducing latency has been an integral part of development, latency should ideally be around 1 to 2 milliseconds. In comparison to 4G LTE, where latency hovered around 50 ms, this is a vast improvement! Reduced latency will completely change the VR experience, resulting in fewer cases of nausea.

Let’s imagine the VR scene that we’re experiencing is super-fast racing in a powerful vehicle. Our bodies would naturally react to this situation by leaning backwards, as would happen in the real world. However, in VR this doesn’t happen and your virtual body doesn’t move in the same way that your real one does. This causes the body to become unbalanced. When exposed to such a scenario for a significant period of time, your body will fail to find its balance, and this will result in motion sickness. Something similar happens with seasickness, as people become ill if their bodies cannot find balance in a new situation.

In the same way that a body gets confused if it fails to find the right balance, the eye can become confused too. If the virtual world moves in a direction that the eye wasn’t expecting, a conflict occurs. This will cause the eyes to move in a different way to that in which they usually do and this new movement can cause motion sickness. 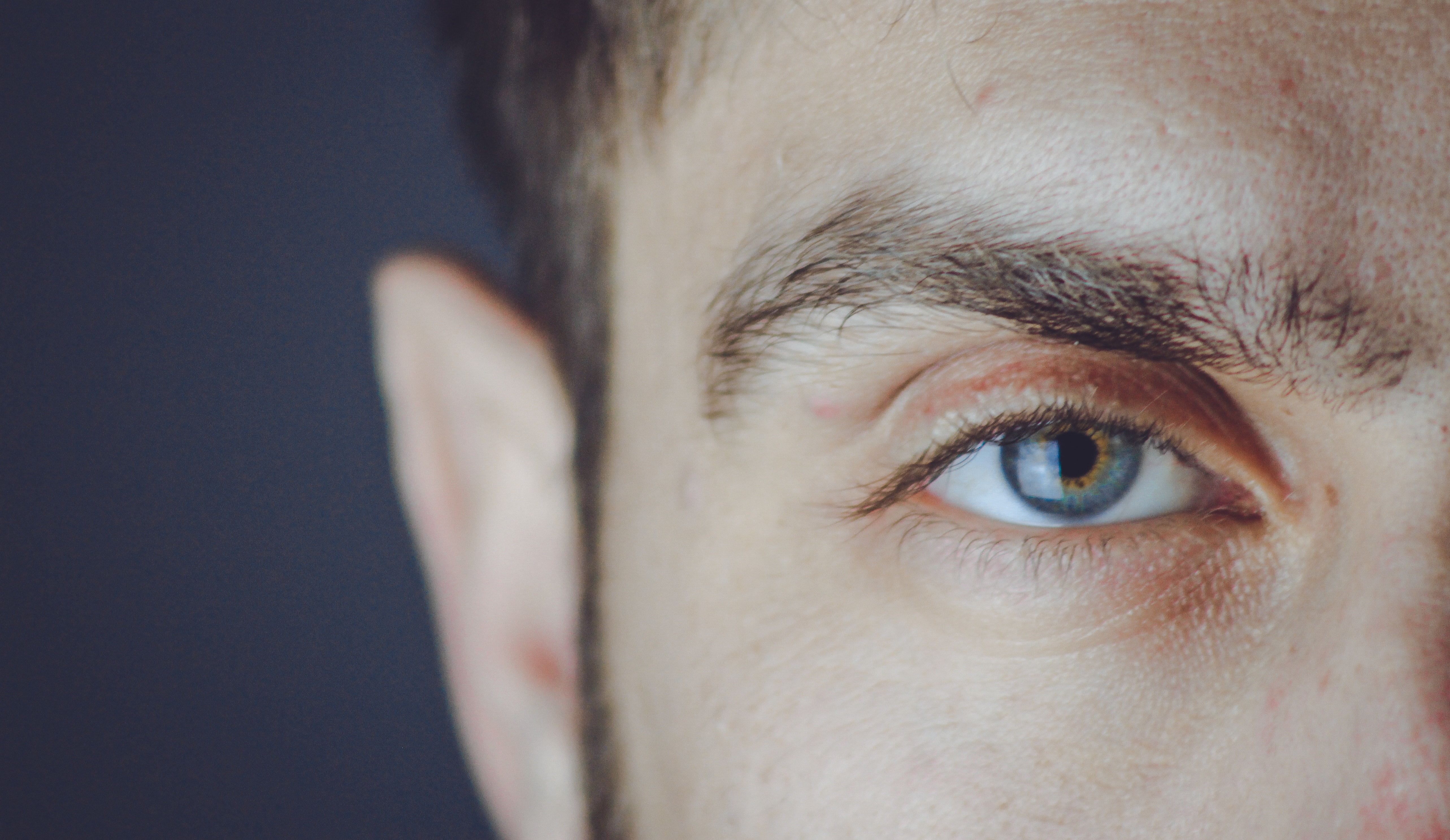 How to prevent motion sickness

Luckily for most users, motion sickness is a temporary thing and can be prevented in many cases.  If you are struggling to find balance, being seated or experiencing an immersive VR experience will lower the risk of disorientation and discomfort. This is exactly why the Linde Virtual Academy team relies entirely on an immersion experience. An immersive experience is one in which movement within the virtual world is made possible by using a controller or moving your arms. It is precisely this arm movement that helps to fight motion sickness by creating the illusion of physical movement in the virtual environment which appears around the user. For some, better airflow in the room and a slightly lower temperature also help with staying in balance with the virtual world. Finally, keep an eye on latency levels and, if available, switch to 5G. This will broaden your horizons even further, making all VR content much more pleasant to experience. In the previous section, we also described how hardware could be the cause of motion sickness for some individuals. Before immersing yourself in a virtual environment, make sure you are using a high-quality headset that fits perfectly and that the eye distance has been adjusted for your head.

Lastly, whatever the cause of motion sickness might be, through exposure to VR over an extended period of time, users can ‘grow VR legs’, meaning that their bodies, especially their eyes, get used to spending time in VR. Gradually increasing the time spent in VR over a few weeks could be a game-changer for you.

Being seated while submerged in a virtual world can significantly lower the chance of experiencing motion sickness. Photo: Pexels

One in three VR users has reported motion sickness when in a virtual world. While this unpleasant occurrence can be affected by gender, experience and hardware quality, with the technology developing as fast as it is today, we may soon see this happening less often. The introduction of 5G will further help to reduce this annoyance, but to eliminate it entirely might take a little longer. 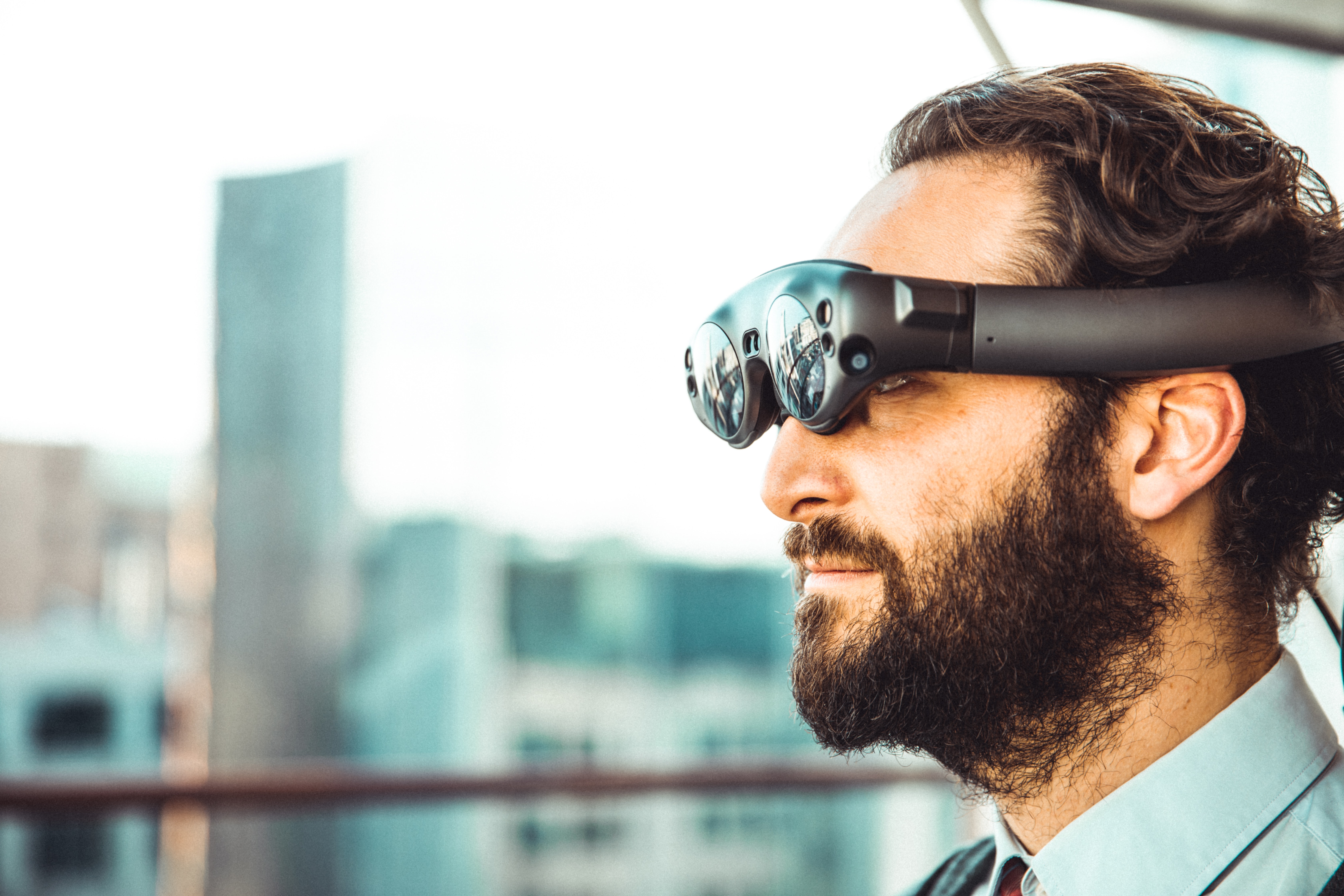 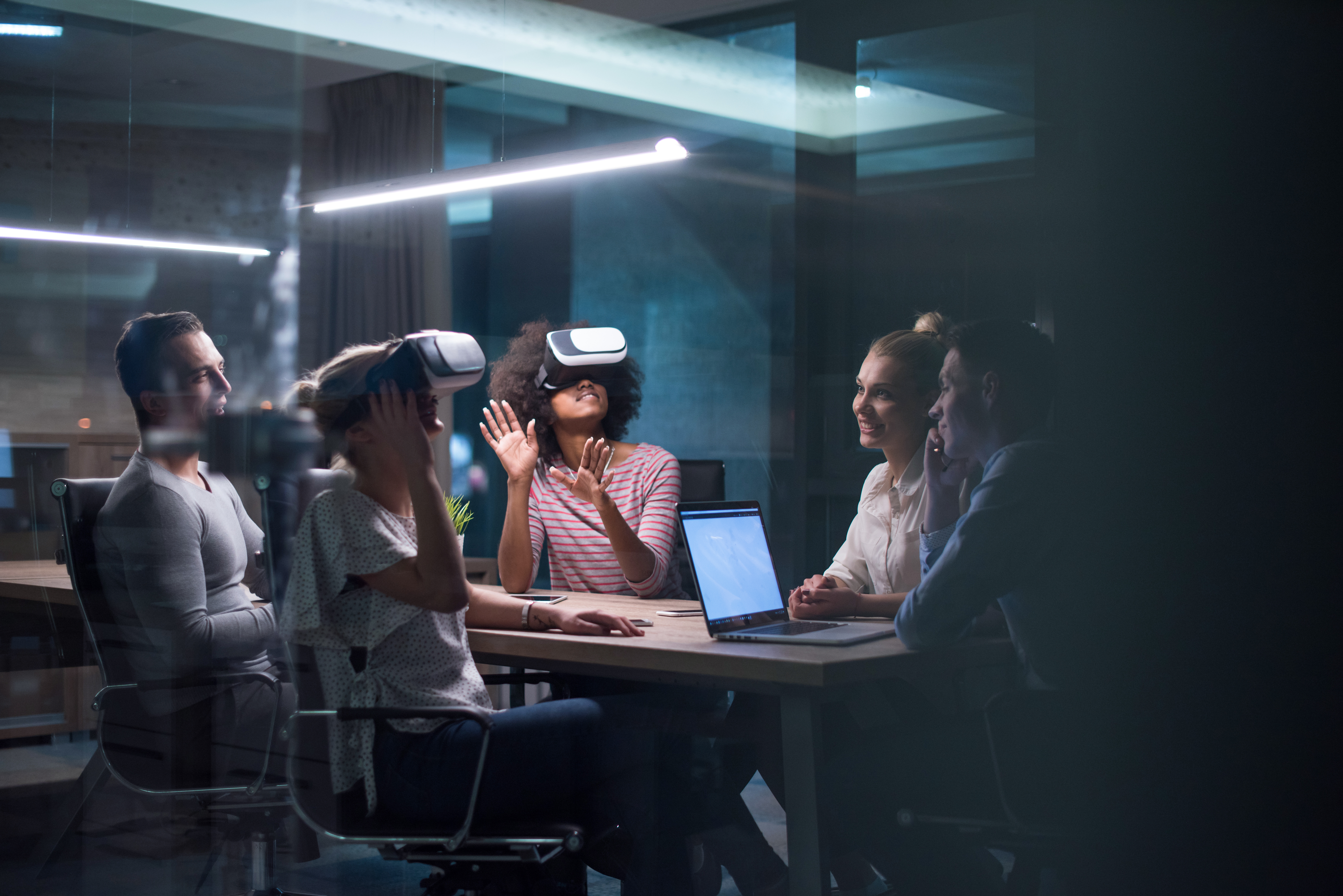